Our story so far 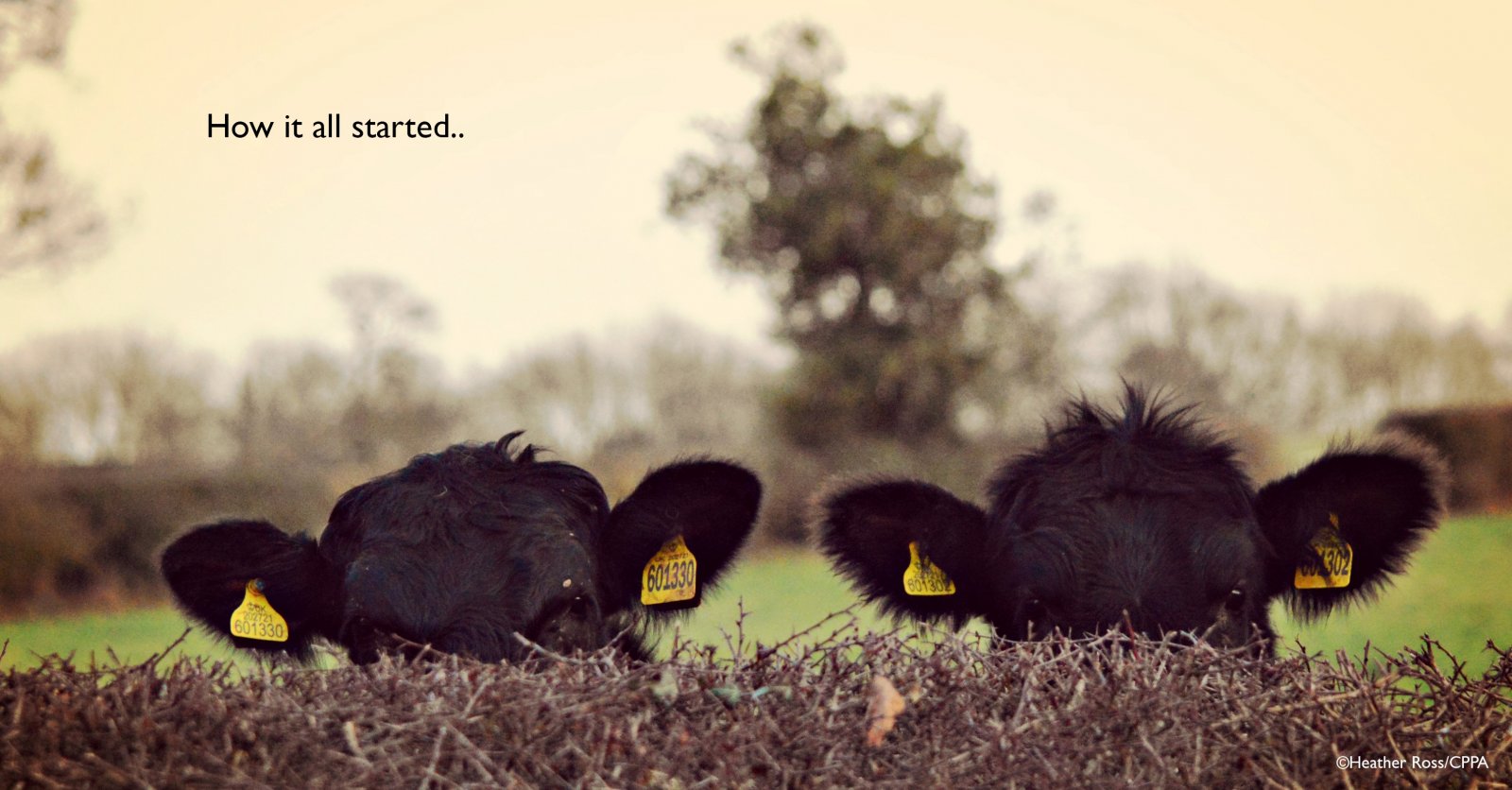 Following on from the unbelievable success and amazing response that we had from setting up the Comedy Wildlife Photography Awards a few years ago, Tom and I had another light bulb moment (yes, another one) and it was this:  Why don’t we do another funny photo competition but this time for Pets?  Wowza, now there’s an idea!!  By sharing the positive, feel good, funny pet images we could engage and encourage people to start supporting small grass roots animal welfare charities, thus making life better for the animals we share this planet with.

We all love our pets, you see - particularly when they make us laugh (which mine do daily) and so this fledgling pet photo competition is a celebration of all those wonderful furry, feathery, scaly and hoofed pals keeping us fit, sane and in good company. Welcome to the Comedy Pet Photo Awards!! 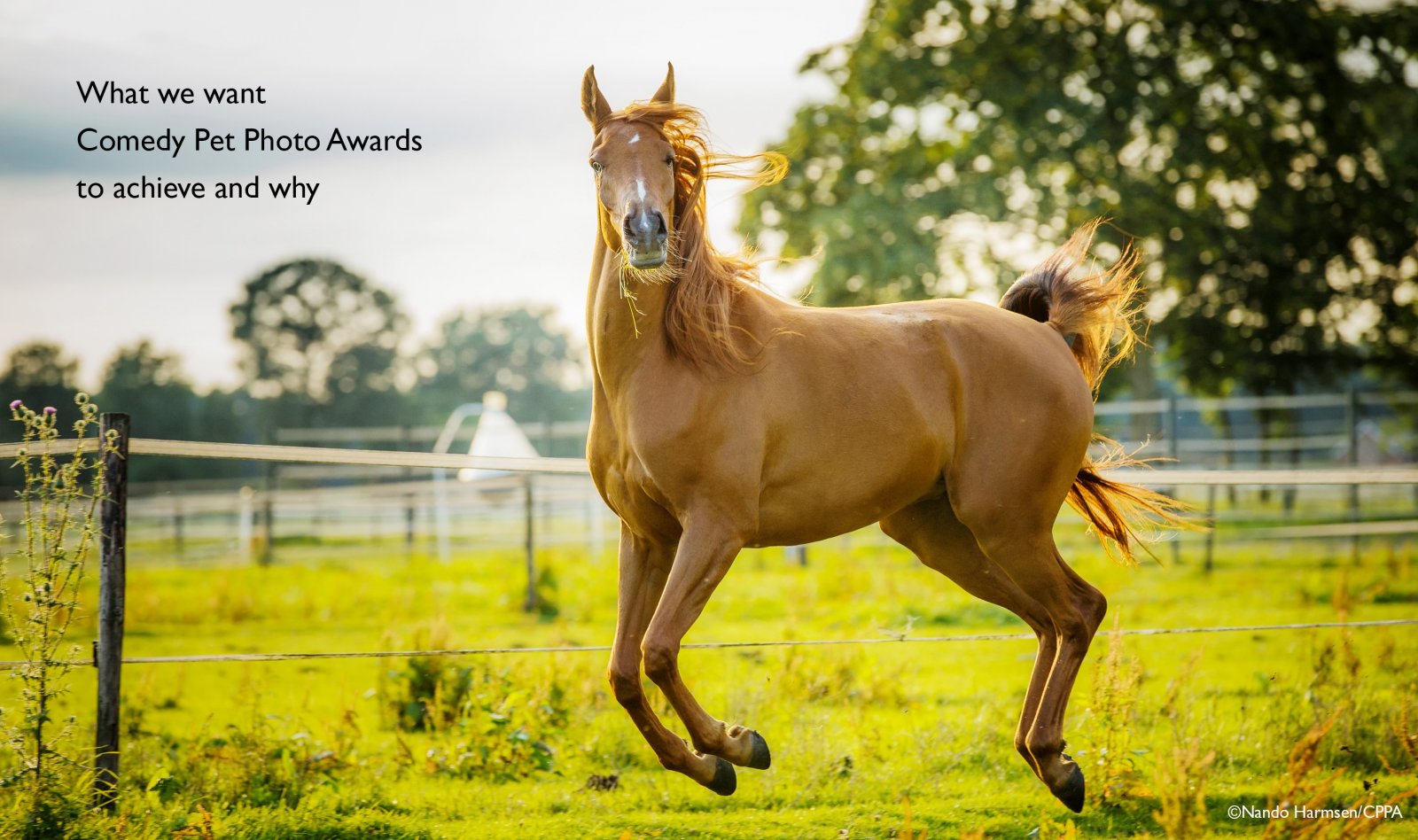 Lots of people ask us why we do the competition and what we are trying to achieve.  This is an epic question.  So, we’ve had a really good think, (with tea and biccies obvs) and come up with this:

“Through the Comedy Pets, we want to promote positive awareness of animal welfare issues and celebrate the incredible and valuable contribution that pets can and do have on our lives.”

This is our mission and although it is a bold one, we want to bang the drum as loud as we can for animal welfare and make sure it is at the heart of what we do.  Because behind the funny images and videos of the competition, there is a very serious and fundamental message to help, respect and care for our animals in the most humane way possible.  And every year as our competition gets a little bigger, the message is getting a little louder and we can help more animals.  We are so proud to be a part of it and of course, as a Brucie bonus, very happy that we can put a smile on your face too!!!

Thanks to the support of our brilliant competition partner, Animal Friends, this year we are donating £10,000 each to three separate charities to help improve the life of pets and promote their work.  We will be shouting and celebrating the vital work that they do throughout the competition and making sure that everyone knows about them!  If you want to find out more or donate, check them out on our Charity page

Paul started the Comedy Pet Photo Awards alongside his great pal, (no really, they are friends) Tom Sullam. It was of course Paul’s inspired idea, although Tom still says it was his. Paul is a spectacularly brilliant award-winning wildlife photographer and (really shouldn’t be allowed to write his own bio) a humungous animal lover, passionate wildlife conservationist and domestic animal welfare advocate. He grew up with dogs and now has his own slightly mad pair of English Springer Spaniels, as well as chickens and three cats at his home in Arusha, Tanzania. He is totally and utterly hopeless at taking pictures of his pets though and now, because he can't enter this competition, is not going to be any better. Hey ho.

Tom, co-founder, cat owner...and now FINALLY the proud owner of Kiba, a black labrador puppy - and also part of the dream team that runs the Comedy Wildlife.  He is a photographer in his own right, having taken a wrong turn at the beginning of his career when he somehow ended up in the City of London doing financial stuff.  To this day he doesn’t quite know what he did there, but after 10 years he swapped pin stripes for walking boots and threw himself into landscape photography.  Not animals? No, but that was to come when he ended up in Tanzania, met Paul Joynson Hicks, and the rest, as they say, is history.  Tom is a passionate animal lover, a conservationist and is currently becoming obsessed with sustainability across all sectors.  He lives with his family on the Hampshire borders, and spends vast amounts of time trying to persuade his cat Slinky that she really does enjoy having Kiba in her life…. 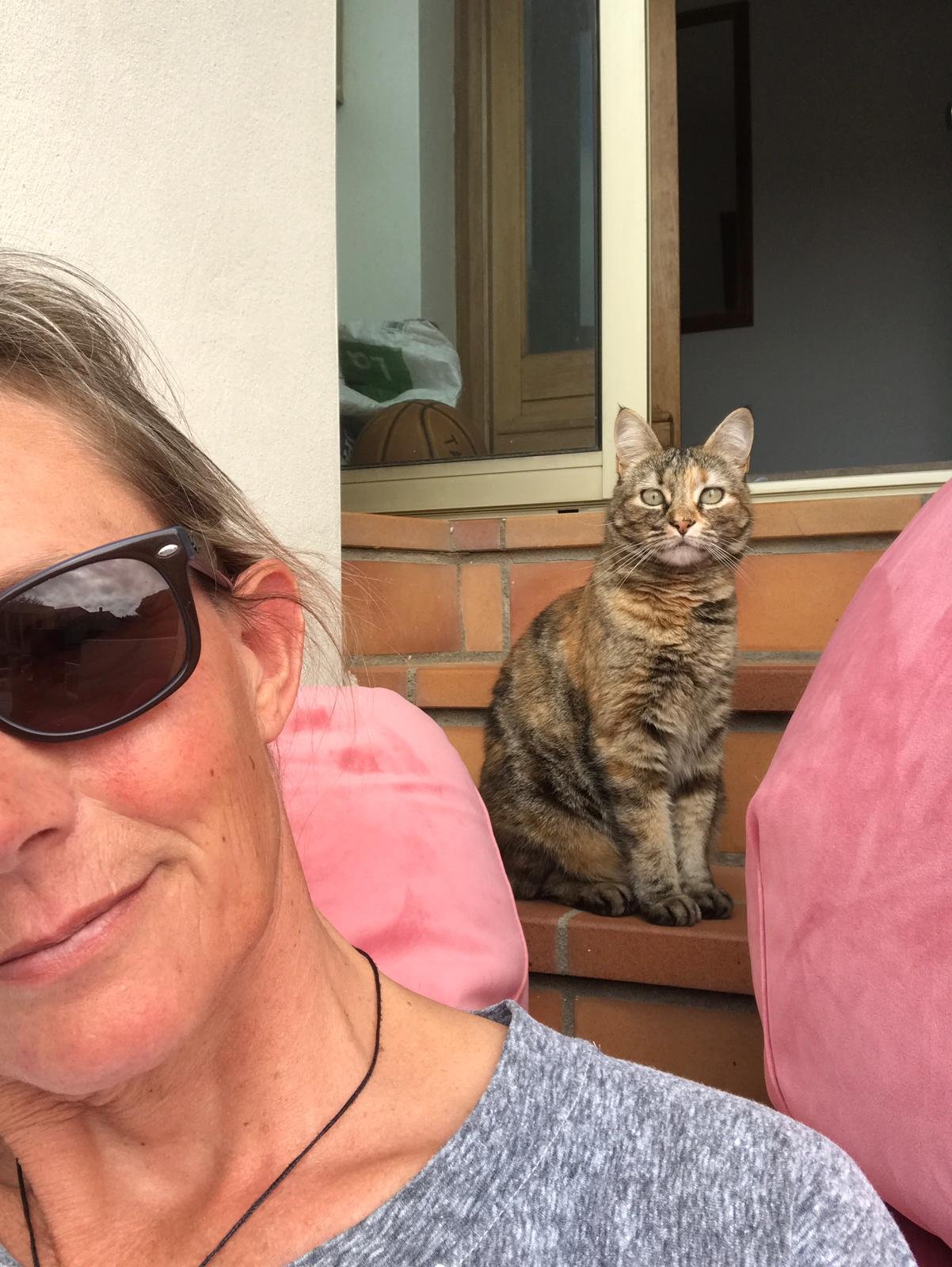 Emma used to be pretty famous after being on a TV show that everyone only remembers because of hot Trude and Steve back in the late 90s. Regardless of her z-list status she ploughs on ruthlessly campaigning for all animal welfare issues and trying to educate kids and their slightly madder adult counterparts not to buy pets they can’t look after and not to buy pets that breeders have deformed by choosing ridiculous bodies that don’t work anymore.  She got involved with Comedy Pets because she’s really bad at saying no to stuff and fancied Paul a bit when they met in London.  In truth, she does LOVE the animal welfare backbone of the competition and has been involved for a while now.  It’s her job to make sure that ‘no animals were harmed in the making of these photos’.  Emma lives in the hot bit of France with a human family and Stella, a cross-eyed, slightly aggressive street moggie.  She really wants you to buy her books more..find them all here 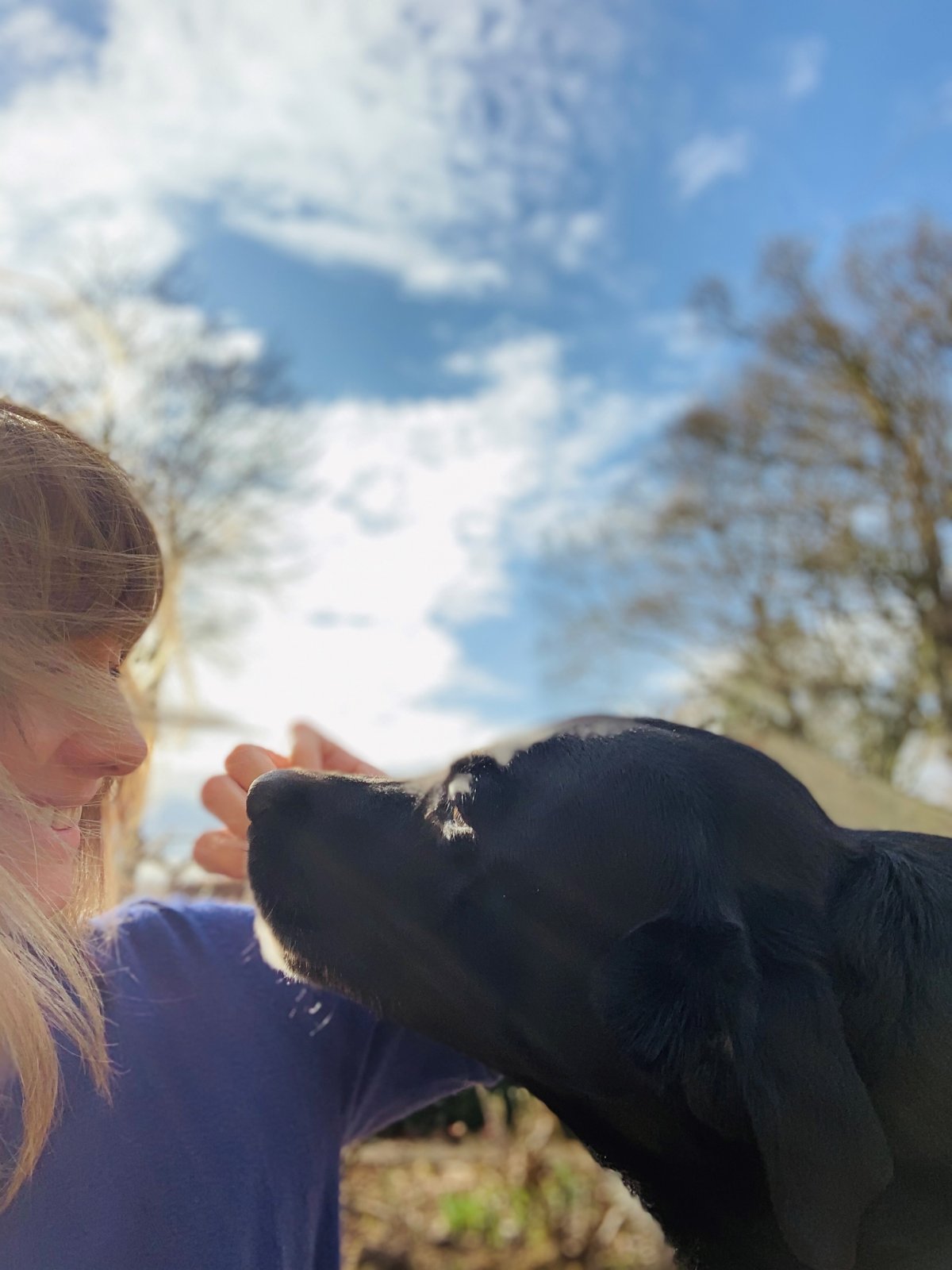 Mich is the newest member of the Comedy Pet gang, joining up in 2017 when she met Paul and Tom through The Comedy Wildlife Photography Awards. She quickly came to realise that helping to run a funny photo competition about PETS is possibly one of the best jobs in the world, so hopes to stick around for a while longer.  She loves animals of all shapes and sizes (maybe why she fits in so well here!!) and grew up surrounded by dogs, cats, her numerous brothers, rabbits, pigs, mice and about a billion horses trotting around the place – it was the seventies after all!  Fast forward to today and Mich works as a picture editor/designer and lives in North Oxfordshire with her family and a soppy black labrador called Joey Tribbiani (because he loves sandwiches and doesn’t share food - ever!)