At the Comedy Pet Photo Awards we are incredibly lucky to have a wonderful group of intelligent, creative, charismatic and brilliant judges. (Yup, Paul got on the edit machine again…)  So speaking of judges like that without further ado let’s introduce them to you: 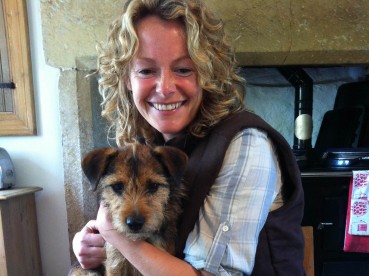 Kate will be known to many of you, as she is a household name in the land of wildlife TV presenting in the UK and around the world. She started out in TV in 1989 making tea and typing and since then has taken the TV world by storm (i.e. she now makes coffee?!). More recently Kate and Ludo (the Hubster) have moved to Monmouthshire and have this incredible project called Humble by Nature, please check it out. Kate has travelled all over the world and spent years working with TV people and photographers and knows perfectly well what makes and great photograph, she also is a passionate dog owner and loves dogs so much that she has written a wonderful book on them called “Friends for Life” (more details on her website and buy a copy on Amazon, you must its brilliant), she is super funny and lights up a room with her huge smile! We are lucky to have her on the judging panel, being beautiful doesn't have anything to do with it, ooh no! For more info you can find Kate at 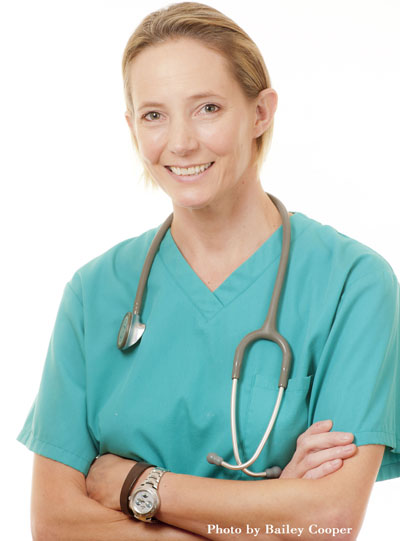 Emma qualified as a veterinary surgeon from Bristol University in 1996 and went on to work in a mixed, country practice in Somerset, before moving to Cheltenham for 7 years and then on to York. She is best known for her appearances in the highly successful BBC 1 programme, Vets in Practice and appeared in all eleven series. She has since appeared in numerous TV and radio programmes and has co-presented programmes on wildlife and been a regular guest reporter for BBC’s Inside Out programme. Emma has been involved with many animal welfare organisations and campaigns including tail docking, pedigree dog health and hunting with dogs. A keen writer, Emma has been a feature columnist for several publications including BBC's Girl Talk magazine, Dogs Today and Yours magazine. Emma has written ten books on animal welfare including a series of books to help children pick the right pet called The Pet Detective series. Her latest book Picking a Pedigree? helps prospective owners choose a healthy puppy or kitten. So, as you can see, Emma is the Boss when it comes to vets and looking after your pets, that's why we chose her. We are clever like that! 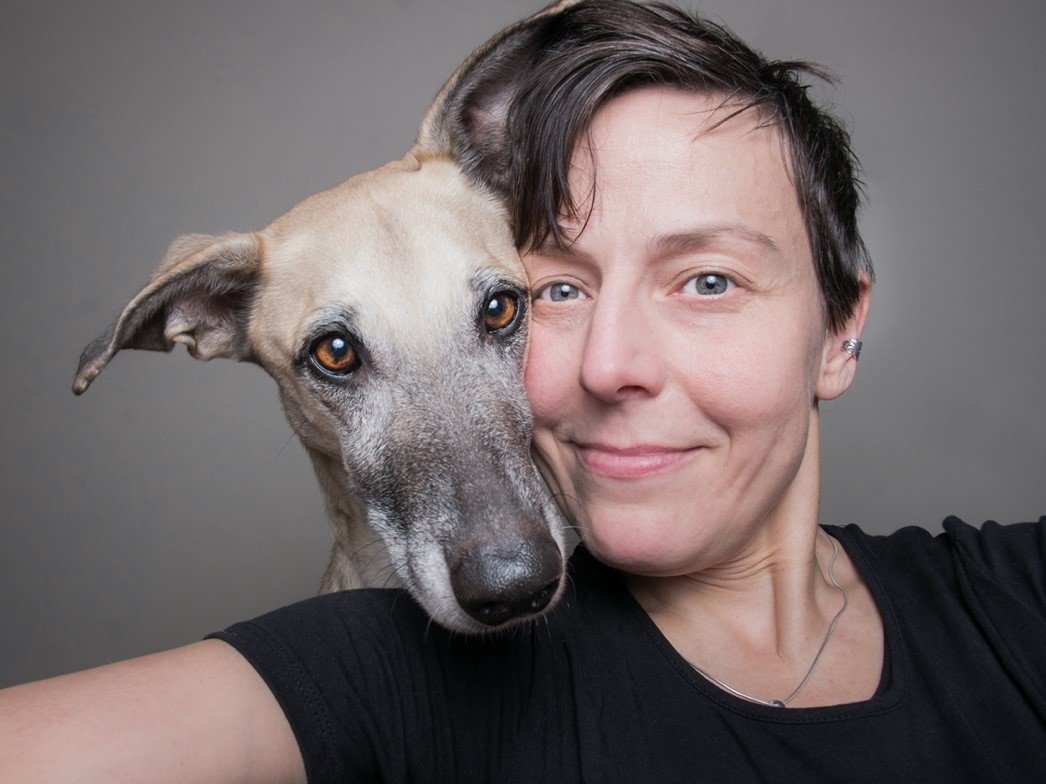 Elke Vogelsang is a photographer from Germany, but not just any photographer, oh no.  For starters, she was our brilliant 2020 Comedy Pet Photographer of the Year, together with her lovable and beautiful rescue dog – Noodles!  Of course, we at Comedy Pet HQ, all fell in love with Noodles immediately and so had to invite the winning team back for 2021, but this time on the judging panel!  Lucky, lucky us!  Elke is an editorial and commercial photographer specializing in pet photography and her three beloved rescue dogs - Noodles, Scout (pictured above) and Ioli are the stars of her licensing archive.  Her work has been published in magazines and newspapers all over the world, including The Sunday Times magazine and National Geographic. She's the author of two books, numerous articles about photography and she has had group and solo shows in Paris, London, Lisbon, San Anselmo, and Singapore.

As well as being super, some might say over-qualified on the photography front, Elke is a passionate believer in animal welfare and promoting the massive impact that pets can have on our lives, helping to raise awareness of this very important cause through the power of positive imagery.

She says “Our pets are such funny characters. They find pleasure in the most mundane things.  My dogs are my joy, my recreation, and a constant source of laughter.  They are members of the family, the kind I love to have around.”

We couldn’t agree more with Elke and are really, really delighted to welcome her on board for 2021!
Website: elkevogelsang.com
Instagram: @wieselblitz

Wes is the CEO of Animal Friends and has been with the company for 10 years. Wes has fond memories of growing up with his family’s Schnauzer dogs but now has a four-year-old dog named Louis who is full of energy and can’t sit still! Wes enjoys playing ball with Louis, but hasn’t had much luck taking action photos of him catching a ball in mid-air – Louis prefers to jump for the ball after it has landed which makes getting a spectacular photo somewhat difficult! Wes encourages the team at Animal Friends to bring their dogs in to the office and Louis often gets spoiled rotten when he accompanies Wes to work! Louis gets lots of cuddles from the team and is constantly taken on walks which he loves!

Wes’ son Jack is 12 years old and is best buddies with their dog Louis. The family is often out running around on Salisbury Plain at the weekends. During lockdown Jack spent many hours perfecting his Xbox skills but also got online to be involved with the Animal Friends quizzes - he and his dad made a great team. Jack also enjoys accompanying his dad on Animal Friends visits to conservation centres such as Jersey Zoo. Jack is thoroughly excited about all the laughs he’ll have with his dad when it comes to judging the category submissions! 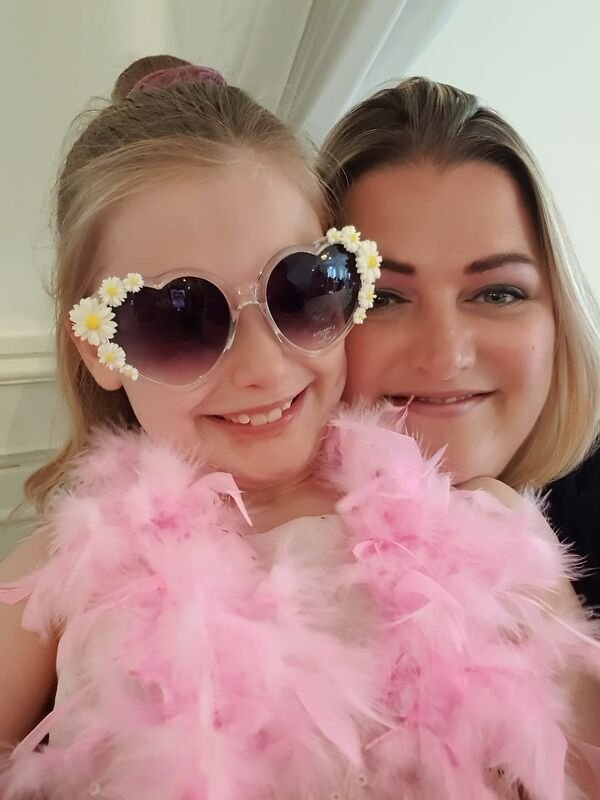 Patricia is the Chief Marketing Officer at Animal Friends. Growing up Patricia’s family home was a bit like a zoo with lots of dogs, cats, gerbils, budgies and goldfish all living under one roof! Patricia now has a new member of the family – a nine-month-old German Shorthaired Pointer, who she lovingly refers to as her “velcro dog”, as she will never leave her side. At night, she stands by Patricia’s bed and refuses to lay down in her dog bed unless Patricia gives her goodnight cuddles. Patricia is also a keen amateur photographer who excelled at photography at college and loves taking pet and wildlife photos.

Patricia’s daughter Megan, aged nine, absolutely loves animals! While at home with Patricia over lockdown, Megan showed an avid interest in the work her mum had been doing at Animal Friends to help animal charities and conservancies around the world. Meg’s passionate about helping all creatures, great and small, and has even gathered all of her old toys to sell at a car boot sale to raise money for animals in need. Megan recently adopted an otter and raises awareness of the plight of otters at school where she’s regularly talking about animal welfare. She loves walking her dog in the park and meeting all the other dogs running around! She can’t wait to see all the amazing entries to the Awards this year! 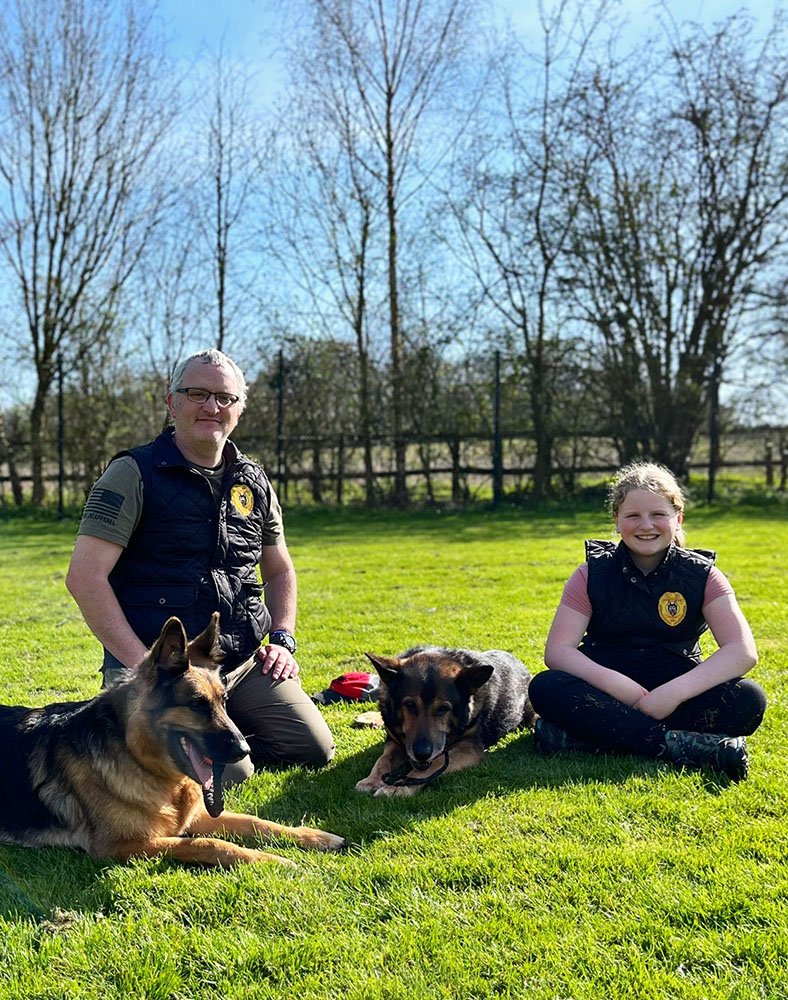 Police dog handler Dave Wardell and his ex-service dog Finn became national treasures when they appeared in the final of the smash-hit TV show Britain’s Got Talent in 2019. Partners in the police force for seven years, the duo’s magic act captured the nation’s emotions with the heart-wrenching tale of how Finn saved Dave’s life and almost lost his in the process. On top of that, Dave started a successful campaign called Finn’s Law in an effort to get harsher punishments for those who harm service animals, and then later Finn’s Law Part 2. Now, Finn is enjoying his well-deserved retirement from the force and is living with Dave and his family. Dave is married to Gemma, and they have three young daughters; Jaymee, Tia and India, as well as six dogs, one kitten and a parrot! Finn and Dave have taken up many fun water-based hobbies together including swimming, surfing, paddle boarding - Finn has even been on a jet ski! Dave says their favourite activity to do together is paddle boarding: "He just literally sits on the end of the paddle board, barks at the ducks as we go past, and we have a great time."

Tia, aged 11, will be joining her dad as a judge and has already started to follow in his footsteps, starting her own K9Kids Club. Her huge love of animals, particularly of the doggie variety, and passion for animal welfare has inspired her to provide children and young adults with guidance videos, tips and advice to help them become more responsible pet owners and master trainers. She says that one days she’s going to be a better dog trainer than her Dad! ???? Her easy ability to build incredible bonds with all the animals will no doubt make her a most excellent judge in this year’s competition! 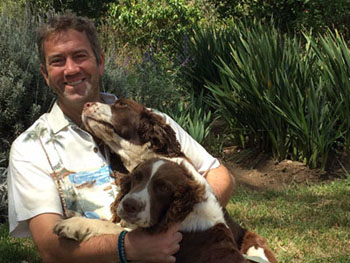 Paul started the Comedy Pet Photo Awards alongside his great pal, (no really they are friends) Tom Sullam. It was of course Paul’s inspired idea, although Tom still says it was his. Paul is a spectacularly brilliant wildlife photographer and (really shouldn’t be allowed to write his own bio) a humungous animal lover. He grew up with dogs and now has his own collection of English Springer Spaniels, as well as chickens and two cats at his home in Arusha, Tanzania. He is totally and utterly hopeless at taking pictures of his pets though and now, because he can't enter this competition, is not going to be any better. Hey ho. He also, quite magnificently, started the Comedy Wildlife Photography Awards, which runs at another time of year, do check it out.

You can see Paul’s amazing wildlife pictures and read more about him here: 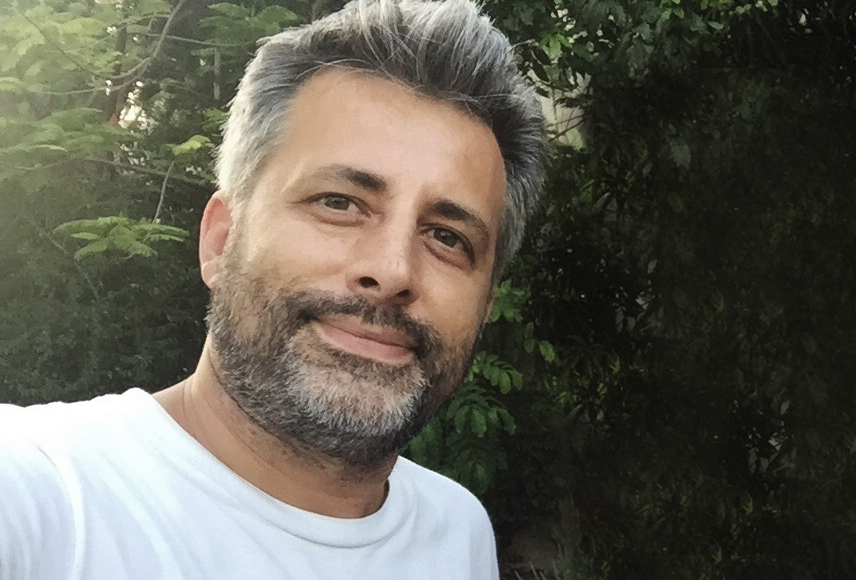 As a photographer and pet owner, Tom knows his pet cat Slinky better than anyone else (excluding his wife and two children, extended family, neighbours and downright strangers) - putting him in the enviable position of being the lead pet cat photographer judge along with the other judges.  Unbelievably, along with this phenomenal pet cat knowledge, Tom has many other strings to his bow.  He is a photographer first and foremost, he has helped create the Comedy Wildlife Photography Awards and turn it into the rib tickling competition it now is, and he has also worked in London in a completely different and unrelated job.  All these skills thrown together have produced one of the most versatile judges for the inaugural Comedy Pet Photography Awards.  Without him, this competition would be pretty much unmoved or unchanged.